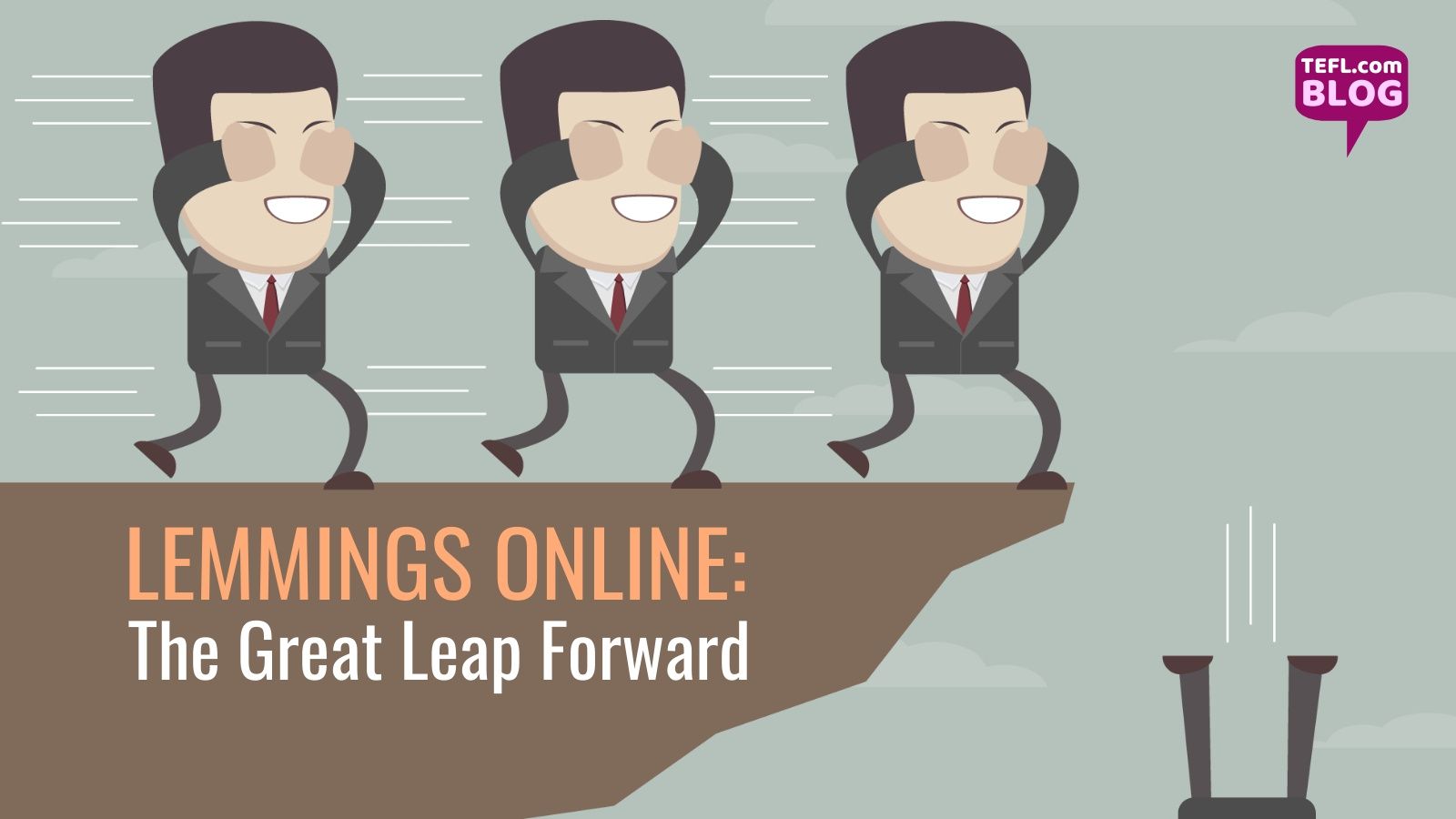 After months of uncertainty, cancellations, and a frantic reorientation to online classes, IPT (In person teacher) jobs are once again being advertised. We will soon see whether the crisis really has permanently let the online learning 'genie out of the bottle'.

Maybe I have been watching too many escapist genre films over lockdown, but, the drive to permanent online learning reminds me of the final scenes from the original Planet of the Apes, where, just before he escapes, Dr. Zeus warns Charlton Heston to be careful what he seeks. The poor arrogant human soon despairingly drops to his knees at the ruin of the Statue of Liberty as he realises to his “Damn You All To Hell!” horror the world he believed in so much had foolishly destroyed itself.

Advocates of the move online cite obvious positive elements – chiefly the time saved and convenience of working from home along with reduced costs. We cannot argue with those points, but we also cannot ignore the inherent drawbacks either – especially the student engagement issues. No matter what way you try to frame it, short attention span problems are massively exacerbated when students can so easily watch their social-feeds or surf online and this reduces the quality and effectiveness of the learning. One of the jokes doing the rounds is: Did you hear about the teacher who fell asleep in online class? Neither did I. No one noticed.

Personally, as an EFL teacher with years of classroom tips and tricks up my sleeve, my teaching style options are thoroughly diminished along with about half of my most engaging lesson repertoire. Along with the personal and meaningful teacher-student relationship which develops from sharing physical space, subtle things like effectively managing group/pair work while coordinating various tasks and activities; using body language to offer affirmations of approval; or direct eye contact to see if the student really understands, are lost.

There is also something to be said for the formality of the classroom as both students and teachers can get a bit too relaxed at home. Humorous memes showing on-the-job teachers with wine-filled teacups aside, one complaint I’ve heard regarding teenagers is that they are often in their bedrooms, often on their beds and often wearing very casual clothing. Apart from the creepiness factor, it is also a bit too relaxed for learning. I have taught children at home and there is good reason it was always at a table setting, resembling a classroom and desk experience as much as possible.

It is possible a teacher’s survival may in fact depend on adaptation online, but I also think it is possible a permanent adaptation could be akin turkeys voting for Christmas. Before a knee-jerk reaction hits the thumbs down icon, let me explain.

First - it was just a bit of humour and I fully accept that teaching students you know from the classroom online could compare quite favourably, but this is just the initial honeymoon period. Simple economic sociology means a darker reality of lower quality employment and pay will be revealed soon enough.

Second - I suspect it is mostly teachers from physical schools with state-backed legal working contracts who are hailing the move online as a great leap forward. However, I have to wonder how many know much about the reality of spreading their wings into the world of international online teaching?

A friend of mine has been working with an online platform for over 5 years and says she is doing just fine - it has allowed her to get paid from China, while living in Europe. Tax issues aside, I am glad for her but I’m also skeptical about her experience being the common narrative. I follow several online teaching forums and there are too many complaints about low pay and tricky contracts to believe they are all rare anomalies. It seems many end up working for peanuts for weeks and often months before getting a moderately full schedule. Many end up throwing in the towel long before they ever make anything close to a livable income.

I had some experience myself just about one year ago. I was inspired to try online teaching because a series of road-works were adding an extra 30 - 40 minutes in both directions, and thus, I too began dreaming about a ten second commute to work. I applied first to a Chinese outfit promising $16 ph and also to a Russian one paying a little more to teach busy adults. In both cases I interviewed, did the demo and was accepted. However, I soon realized that while they advertised flexible full and part-time options, they both wanted full-time commitment for a lot of might-or-might-not-happen classes. Also, the Chinese one seemed to have exceptionally poor email communication skills unless they were looking for short-notice cover for one of the thrown-in-the-towel teachers. Worse again, the Chinese contract had a plethora of convoluted rating, referral and ripping off terms and conditions, which are ultimately put there to get out of paying the advertised rate. Any student of the most basic sociology knows rating-based pay will make earning potential more dependent on things like good looks rather than the quality of lesson. Of course, physical schools discriminate too and many do not pay fairly either, but it is far more prevalent with schools based out of country where there is exactly nothing you can do if they discriminate or under pay.

FTR: I am not going to be a hypocrite here. When applying to teach online, saving time was my only motivation. Obviously, I do not believe for a second that online classes are as effective as a real classroom or that the connection between student and teacher is anything beyond ephemeral.  I would be very surprised if I ever see reviews about how an online teacher made a huge learning impact.

In the big picture, if we do start to see physical schools closing their doors for good, new students will never have an individual connection to their teacher anymore and hence very little loyalty. Both teachers and students will disappear at the drop of a hat every time they see what might be a better online offer. Personally, I much prefer the stability of regular students along with reliable pay, over the freedom of spreading myself around while working for peanuts.

I also don’t see how the tech issues will ever really subside unless everyone uses the same device, software and browser – this also raises additional inequity issues. Teachers will suffer more too as they will now need to be tech-lesson programmers on top of language–lesson planners and that time will undoubtedly fall into the realm of unpaid prep-time as we try to spice up your screen time so you can compete with Amazon and Instagram. A colleague tells me she often feels “like a performer with all the pre-stage nerves, and post-stage adrenalin relief - but without the stardom, or the glory.” Before long, it will be the teachers more into the tech and the show, rather than the language, who remain.

Think about it: how long will it be before on-screen celebrity teachers appear? Ultimately those with the biggest production budgets will out-compete normal teachers as students, parents and organisations, start asking themselves why should they pay high hourly rates when - aside from a few adverts - Mr. Fun-Cool Teacher-Dude on Youtube is free? With an eye on ratings, lessons will naturally get dumbed-down and students will learn more about ‘on-fleek’ prepositional phrases, than the boring old stative verbs.

This may be the point many initial adherents of the lazier way to learn, start to feel the pain of the big hole they shot into their foot. Because, at the end of the day, economic arguments are customarily won by the cheaper option. The success of enterprises like Wal-Mart proves people will repeatedly choose to save a few bucks in the short term, even though every purchase increases local unemployment, destroys their local business community and ultimately reduces income and property tax – resulting in fewer services and a lower quality of life.

It is not a stretch to imagine online teachers soon being replaced with artificial intelligence avatars that will be faster, smarter, and be able to instantly have their environment look like anything from Star Wars to Game of Thrones. That technology is just about ready.

We are still a long way off from physically functional robots. So, if we get back into the classroom as soon as possible, we improve both the quality of the learning and the longer-term career opportunities.

Lastly, as someone who has worked in EFL recruitment for many years, teachers should know that online teaching experience holds about as much value as the online TEFL Certificates. In fact, many institutions risk losing their accreditation if a teacher without real classroom training were hired.

The good news is: schools are once again advertising for IPTs and I can’t wait to get back in the classroom! 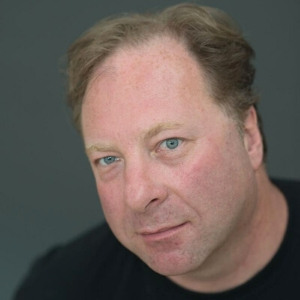 Richard McMullen is an EFL Teacher/Director of Studies, based in Ireland. He has taught in several other countries (Canada, Germany, Japan, and Spain) and also dabbles in radio, print and on-line journalism.