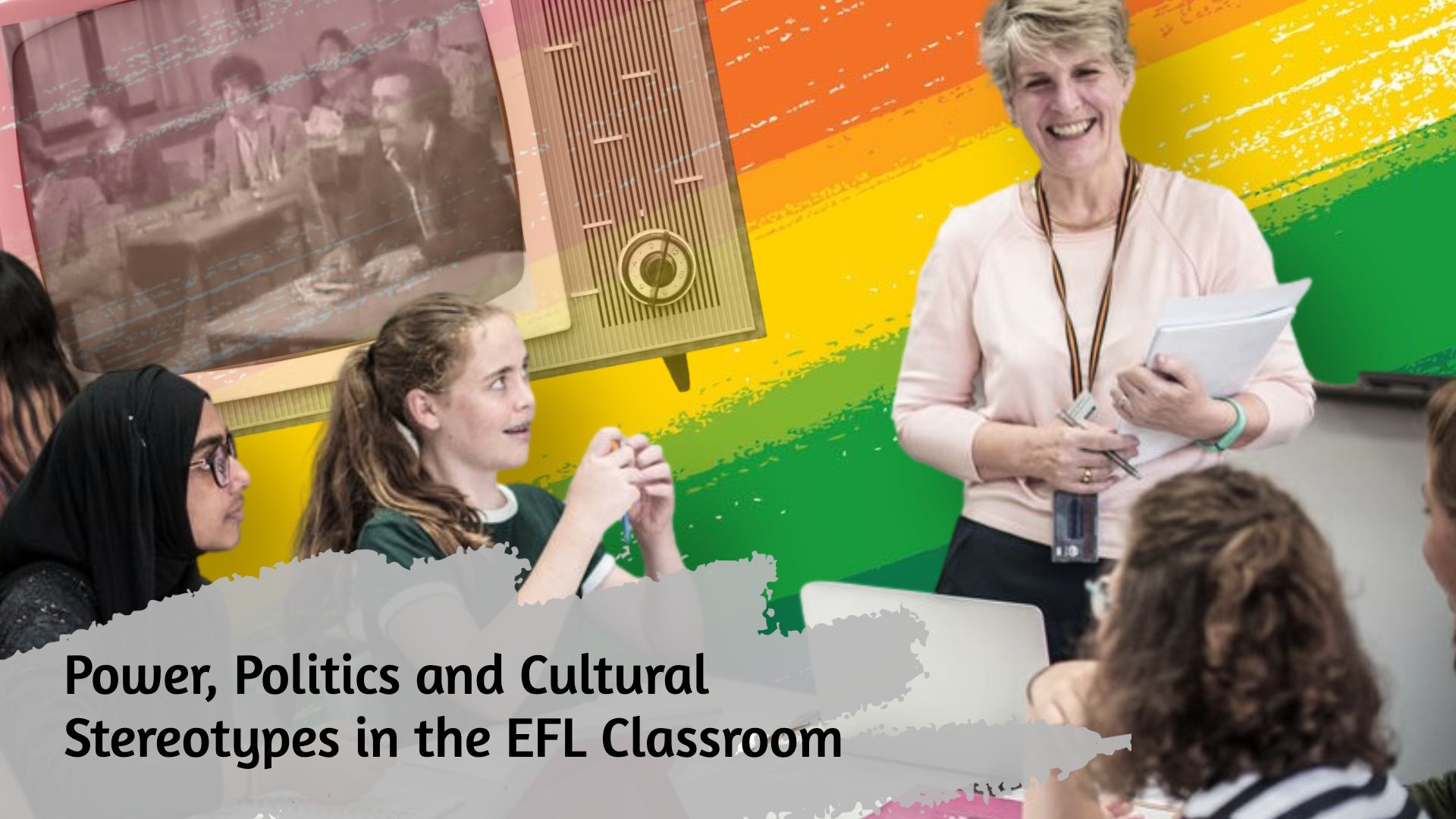 Power, Politics and Cultural Stereotypes in the EFL Classroom

By Andrew Theophilou.
Keeping politics out of the EFL classroom is not as straightforward as it may seem. Even the most politically correct of EFL teachers can unwittingly reinforce or challenge stereotypes and power structures in subtle ways. This can be done through their choice of course materials, language exercises, role-play activities, seating arrangements or just in the way they communicate with their students. In some cases, these factors will be determined largely by their employer and will have different implications depending on the teaching context.

The 1970s British series, Mind Your Language, provides an example of how such issues can play out in a UK-based adult education setting. The more imperious members of college staff in the sitcom, such as the headmistress, become the butt of the joke as they provoke satirical responses from irreverent students from Commonwealth and other nations. Although this puts an obvious post-colonial spin on things, students of different ethnic or religious backgrounds from former British colonies and beyond are also treated as caricatures. Viewed now, the series comes across as rather dated, but the question it raises is still relevant today. To what extent is it possible for EFL teachers to enter the classroom without history and politics weighing down their satchels?

It is arguably impossible to separate ideology from language, so the teaching materials used in any classroom will inevitably be loaded with connotations. Even the choice of images used in a textbook can be political in nature in the way they construct or deconstruct cultural, racial and other stereotypes. For these reasons, a lot of care is often taken nowadays to portray a more representative cross-section of the target language's society, as well as to avoid insulting the culture of the learner. But beyond the more obvious sensitivities around stereotypes and cultural colonialism, there are political ramifications too, regardless of whether the teacher is a native English speaker from a Western nation or not. In some contexts, seemingly innocent language exercises could make the role of the EFL teacher not only offensive, but potentially subversive.

While teaching in Berlin just a decade after German reunification, I gained an unexpected insight into how far an exercise taught in an EFL classroom can resonate politically. The materials I used for most of my classes were the usual popular British publications of the time. However, one of my private students of East German origin had kept his old English schoolbooks and showed them to me as an example of the way the language was taught in the GDR. Among the exercises was a word list where adjectives had to be placed under one of two headings: positive or negative. Most of the adjectives were things like happy and sad, so didn't really raise any eyebrows. But one of the word pairs did stick out like a very sore thumb indeed: capitalist and socialist.

My first reaction was to check the pages at the end of the book to see if there was an answer key. This was, after all, a publication used in mainstream secondary education in the GDR, a nation where censorship had been a fact of life. I was curious to see if there was a 'correct' answer which backed what I imagined to be the official government stance. But there was no answer listed at all and my student, who happened to be a linguist himself, pointed out that ambiguity was the key. The question could be used as a communicative language exercise with no right or wrong answer. As such, it left room for school pupils to question and debate whether the political regime they lived under was good or bad. It could be argued that this was a freedom they would have already enjoyed in their other lessons anyway, contrary to some Western preconceptions. But used in the final years of the GDR's existence, it's easy to see how this type of EFL exercise could have allowed students at least some scope to articulate the growing dissent and unrest of the time.

Although the example illustrates how the choice of discussion topics and language exercises used in lessons might become a source of contention, it is the teaching style itself which often plays a bigger role. The communicative approach which is commonly used in EFL aims to empower individuals with the skills needed for authentic self-expression in real-life situations. The student becomes the star of the show and their voice is what really matters. Far from any notions of cultural colonialism, then, it could be argued that the principles of democracy, diversity, equality, self-determination and freedom of expression are at the core of communicative language learning. This can be jarring in countries where authoritarian regimes have led to a very rigid education system with a teacher-centred culture of learning. In such contexts, the teacher is often seen more as a figure of authority whose job involves imposing a certain degree of discipline, order or even subservience among learners. "Divide and teach" could well be the motto here.

The physical set-up of the learning environment can have an important influence on the dynamics of a lesson too, as anyone who has taught TEFL will know. Rows of seats with students sitting in formation are not particularly conducive to peer interaction as they place the teacher at the centre of attention. Arranging seats in a circle, however, puts everyone in sight - with the teacher as an equal - and the student speaking becomes the focal point. This type of seating arrangement can be particularly effective in facilitating more participation in free-speaking activities such as discussions among advanced learners. Although the arrangement might cause a bit of apprehension for those students who are required to come out of their comfort zones, it is ultimately intended to be empowering. It also, symbolically, puts the teacher on the same level as the students, rather than on a pedestal.

There are many ways that the typical power structures of a society can either be replicated or challenged in the EFL classroom, including in the area of gender inequality. Classroom materials which always portray women or men in certain job roles, for example, can validate social inequalities through stereotypes. The teacher's gender may itself cause issues with students in some places, especially in groups of adults. Indeed, there are countries where students may be segregated, or where schools only recruit EFL teachers from a particular gender group. When teaching in such places, or where gender inequality is widely accepted as the norm, the EFL teacher might find themselves in a tricky situation. Applying the principles of equality and diversity can be challenging, to say the least. Should teachers just take a neutral approach and bow down to the dominant ideology and culture of their geographical location, even if it compromises their own values?

More recently, the issue of LGBT representation in the classroom environment has also become highly politicised in places such as Hungary, which has passed laws that some consider discriminatory. Even without such laws, some of the most basic EFL exercises, e.g. family-themed role plays, were already potentially alienating for members of LGBT communities. Mainstream course materials present stereotypical family units, for example, describing only heterosexual cisgender couples. In some EFL classrooms it may be forbidden to even mention the existence of anyone who does not fit into this category.

For the EFL teacher, the relevance of some anti-LGBT laws is first and foremost a question of equality, diversity and inclusivity. There is no doubt that the participation and learning experience of members of LGBT communities will be adversely affected if they are not given the same opportunity as others to express themselves authentically in the target language or even to define their very identity. But one could argue that such laws have purely linguistic implications too, if they forbid the use of certain vocabulary. As well as the obvious terms found in most English dictionaries, such as 'transexual', 'cisgender' and 'intersex', students may be prevented from understanding the cultural relevance of basic grammar points, such as the use of personal pronouns (he/him, she/her, they/them).

With such a wide variety of issues at stake, EFL teachers often need more than a bit of political correctness to guide them through a course. The common advice is to stay neutral in the same way that a civil servant would, but this is not so straightforward in a classroom context. The slightest nuance in meaning can resonate deeply and cross-cultural communication offers many opportunities for misinterpretation. What's more, teachers don't just need to look out for the potential impact on their students' learning and welfare, but also their own integrity and well-being. How they navigate the potential pitfalls while staying true to themselves, then, is ultimately a matter of personal choice. 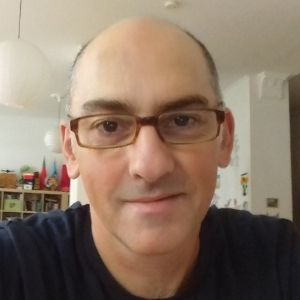 Andrew Theophilou comes from London and has worked as an online business English trainer in Portugal. Before that he taught EFL at universities, adult education centres, language schools and refugee organisations in the UK, Germany and Spain.