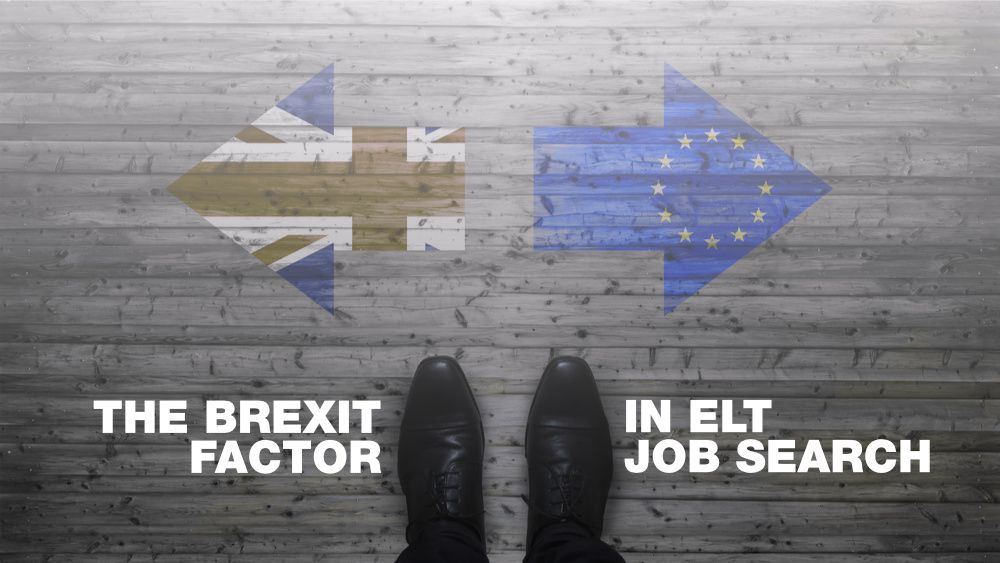 Since 1 January 2021 UK nationals are considered nationals from a 3rd country by EU member states. To assess the effect this has on ELT teacher recruitment within the EU, TEFL.com canvassed some of its EU recruitment partners for their views.

When asked if their teacher nationality preferences had changed. The majority reported that, pre Brexit, teachers were employed on the basis of their qualifications and experience, not nationality, but that candidates with a current right to work in the EU was also a factor. As third country nationals, British teachers no longer have that automatic right. Therefore, work and residence permits will be required. However, to qualify for a work permit, it has to be proven that no suitably qualified EU national is available to fill the position.

That said, employers were asked if they were considering giving preference to teachers already in-country with their residence and rights to work in place. Responses were mixed. For example, Jochen Kolsch of BLC-training said that they only work with freelance teachers for their local training programs and that the teachers’ country of residence for their online programs was irrelevant.

One school in Malta commented that many of their summer teachers were previously from the UK but with the necessity now for them to obtain a work permit, the cost of which is around 280.00 euros, this will inevitably, if regrettably, change.

Others said that, Brexit aside, restrictions on travel during Covid required them to take locality into consideration while hiring for 2021. El Centro de Ingles in Andujar, Spain said that "as a small school in a small town it doesn’t always attract a lot of teachers. However, this year we have had to recruit several times due to teachers leaving because of Covid and wanting to go home. I have found that there are a lot of British teachers in Spain available because a lot of language schools have closed down or are offering less hours and cutting back on salaries. We have been lucky enough to find good teachers mid-term almost immediately both British and non-British. They also said that in recent years the standard and quality of non UK teachers has improved incredibly".

Those canvassed reported that among their current staff, 60-100% were either already resident or had applied, while others said they were unaware if their teachers had applied for permanent resident status.

There was a general consensus that teachers from Ireland could now have a greater choice of EU jobs considering that they remain European citizens.

Most EU countries allow student visa holders to work part-time but often restrict the number of hours while an additional work permit may be necessary. British job-seekers may wish to consult the European Commission’s country profiles page for links to national immigration websites. for further information. Among our respondents to our employer survey only one said they were considering applicants with student visas for their summer programs in France.

When asked if employers would be prepared to apply and pay for work permits for future staff and/or whether the current situation would make them reconsider hiring British teachers, the response was mixed. Some said they would, at no cost to the employee. Others said they would only consider doing so if insufficient teachers were available within the EU, while others said that until the situation was clear regarding permits they would not consider employing UK teachers to then have them leave and go to other schools. Also their experience of dealing with the paperwork in employing other 3rd country nationals was an additional deterrent.

Also, when asked. "Given the perceived complexities of obtaining work/residence permits, had consideration been given to increasing the employment of EU citizens whose first language is not English” responses varied. Several responded that they already employed 40-60% non-native speakers who were all excellent teachers and one commented “I firmly believe that the days of backpacking Brits teaching EFL to get by for a year and travel is over. What we are seeing now is more and more 'non-native' EFL teachers from other EU countries with excellent language skills and a real interest in teaching and developing as EFL teachers". Others said it is definitely a consideration particularly with the added constraints in place due to Covid while others considered it too early to say, given that Brexit has just taken effect and that the route out of Covid restrictions is still unknown.

Effect on type of English taught

Some consideration was given to the effect, if any, on the type of English taught. While some specifically ran North American programs which was reflected in their recruitment, others said it was too early to know. One or two said their students had a preference for Cambridge exams and that they did not envisage that changing post Brexit.  However the majority were of the view that all varieties are recognised and accepted and that their teachers were fully qualified and able to prepare students for a variety of exams, regardless of origin.

While it’s early days, it is probably fair to say that Brexit will change the general picture of ELT recruitment in Europe, and possibly worldwide in the short term, at least. With British teachers being third country nationals, they will now compete on an even playing field with others in the same category such as American, Australian, Canadian etc. who all require to have residence and work permits to fulfil positions for which there are no suitably qualified EU nationals. Juxtaposed with a situation where there are fewer language schools, as a result of COVID 19, and a healthy supply of EU national teachers, the demand for 3rd country nationals could well be depleted. In turn, this could trigger more British teachers’ interest in jobs farther afield. It is also fair to say that the Covid19 virus has already impacted on the ELT industry with an unprecedented surge in online delivery in what was an already expanding area of expertise and one where a teacher’s domicile is not, or less of, an issue.

In the longer term, with countries and economies recovering from the pandemic with a concomitant increase in demand, coupled with possible constitutional changes in the UK, similarly triggered by Brexit, delivering the return of Scottish and Northern Irish citizens to the EU. The panorama could change yet again.