It has been more than a month since the epidemic started and, unfortunately, we still cannot see the end of it. The latest news can feel very confusing but luckily between the over-alarmists and the extreme optimists, a few international media seem to be balanced and objective. What is certain is that the problem is far from being solved. Whether, as some Chinese media are claiming, we have basically reached the turning point or, as the WHO recently reported, this is just the tip of the iceberg, it is unlikely that things will return to normal within the next few months.

For many teachers, the situation is still uncertain. It is almost a tradition for foreign teachers to use the holiday period of Chinese New Year to travel around the world, especially in south-east Asia. This means that the majority of them are still blocked outside of China. Some have returned to their countries of origin, partly because of expenses, partly because they are not very optimistic about a quick solution . Others have decided to stay in neighbouring countries, hoping to be able to come back soon to what is their second home, even if some are forced to become visa runners and have to change country every two weeks or so.

Regarding the teaching aspect, news is becoming more consistent towards the continuation of the next semester for universities and other schools around the country. There are, however, some unconfirmed rumors of universities in Chongqing and Chengdu, among others, that have decided to cancel the coming semester and even to ship back the belongings of foreign teachers to their countries of origin. What is certain is that, especially in Hubei, face to face classes are not allowed and public schools, universities and private language schools are resorting to online teaching.

Chinese students of elementary and high school have already started receiving online material from their schools and proud mothers are posting on social media pictures of their children studying in front of a laptop or tablet. With regard to universities, we should see the beginning of online lessons in a week or two. Most teachers have already been informed and have started preparing some material. The same goes for private language schools which are now posting on social media videos and pictures of their teachers providing online lessons. While, for the latter the problem might not be as big, for universities, high schools and elementary schools this might prove to be challenging.

Usually, private language schools have classes of no more than 10 students and often less, thus creating the opportunity for lessons using group video calls on WeChat, QQ or Skype. Public schools of all levels, however, have much more crowded classes (the average seems to be around 30 to 35 students per class but the figure could be even higher) and this will probably create more than one problem for their teachers. Of course, group calls cannot be made between 30 or more people, thus teachers could only send material and exercises and hope that students will be honest and smart enough not to cheat on their tasks. I say this because of the absolute terror of some students of making mistakes that could lead them to cheat, thus hampering their learning process more than anything else. In any case, given the situation, this is the only feasible option.

It is surprising, but understandable, that similar precautions are being taken around the country. From the capital to the southernmost province of China, the rumor is that schools will give online lessons for at least the next few weeks.

The lockdown is officially in effect only in Hubei province and a few other cities of different provinces. In many other areas life seems to go on almost normally. A teacher living in the south of China told me that he is going out every day and, even if there are some shops still closed, the majority of businesses are open. The only problem is related to the high number of canceled flights which makes exiting the country very difficult, if not impossible. Something similar was reported by other teachers living in the capital. A few contacts in Shanghai, however, claim that going out "is strongly discouraged" and "not worth it anyway because everything is closed" apart from "basic public services". Similarly, in Hubei, the situation has not changed yet and nothing new can really be said. People are still confined at home, protective masks are mandatory when leaving home to buy groceries (the only allowed activity) and there is an almost complete paralysis of all kinds of businesses. In the last few days, a guide on how to buy food online is being passed around social media. There are in fact several companies offering delivery services, usually dropping the goods in specific pick-up zones arranged for most communities.

Another aspect that has recently surfaced is the fear towards teachers who have lived in China, particularly in Wuhan, and are now back in their home countries. I have already experienced some very nervous reactions and seen a number of pale faces when people "discovered" that I lived there. Another teacher, V., told me that in her country where noone is infected and seems to be pretty safe in that regard, people are literally panicking and "see her as a threat" every time she mentions living in Wuhan or if they see her phone with Chinese text. It seems that no matter how much you reassure people about the fact that you left the country before it all started, and most importantly that you feel good and did not have any kind of sickness whatsoever, they still see you as a potential threat and sometimes even avoid you completely. It seems likely that this could create issues for teachers who decided to leave China and look for jobs elsewhere. I am afraid that, especially in the short term, more than one could experience this kind of problem and find it difficult to get a new job.

In conclusion, despite the growing concern and the increase of deaths and infection, the people of Wuhan are still staying strong and are helping each other in any way they can. There are also numerous touching stories of people of diverse backgrounds, from farmers to businessmen, sending support of any kind: providing food, medical supplies and equipment and so on. The dark side of this is that many see this tragedy as an opportunity to gain attention, popularity and personal benefit. There is a lot of material appearing online of people claiming to raise concern and support for Chinese people, unfortunately though, many end up being just attention seekers or speculators.

To end on a positive note, Chinese people are very determined to get through this issue no matter what and, even if this will certainly cause them more problems in the future, both socially and economically, they will surely come back from it. 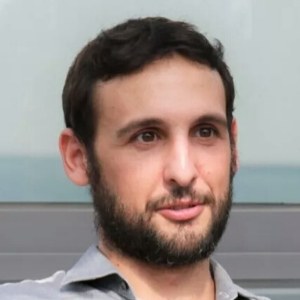 Born in Sardinia, Italy, Claudio Dau is a CELTA qualified 33 year-old teacher who has lived and worked in the UK, Spain and finally China. He currently teaches English in a Chinese university in Wuhan.